How to play games while opening Whatsapp on Xiaomi without App

When we are playing a game, of course we will not be able to reply and open the Whatsapp chat first because we have to open it outside the game and later your game will be disturbed and even lose if you have to reply to the chat first. Be grateful for Xiaomi smartphone users because you can reply and open Whatsapp chats when playing games using the floating window feature in the turbo game. Game turbo itself is a built-in feature of Xiaomi smartphones that can be used to optimize our gaming experience on Xiaomi phones. In addition to WhatsApp you can also open other apps when playing games, such as Facebook, Instagram, etc. In the turbo game, we can also use other features such as the notification block feature, the phone call blocking feature, the memory cleaner booster feature and much more.

If you are curious about how to play games while opening Whatsapp on a Xiaomi without an app then you can see the information below.

1. The first step, please enter the Settings menu on your Xiaomi phone.

4. Please add the game you want to play in the turbo game by tapping on the + icon.

6. After that go back and open Free Fire from the turbo game.

7. To access the turbo game features in the game, you can just drag the white line at the top left corner of the game.

Read: How to Save Other People's Whatsapp Stories On Android 11 Without App 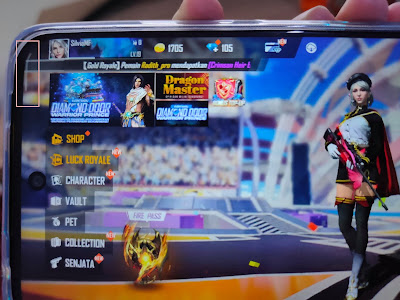 8. Tap the Whatsapp icon to play the game while opening Whatsapp.

9. Done, so this is the result friends, you can open Whatsapp while playing games without an app.

So that’s how to play games while opening Whatsapp on a Xiaomi phone without an app, hopefully it’s useful and good luck.

For other interesting information you can also see how to play games while opening Whatsapp on Infinix without apps which has been discussed in the previous tutorial which may be very useful for you. If you have other steps, then you can write them in the comments column below.