Simple Way To Root Your Alcatel One Touch ot-992d

How To Root Your Alcatel One Touch ot-992d Without Computer. Since Framaroot rooting app supports chipset mediatek, rooting Alcatel OT 992D should not be a problem. Thanks to Alephzain’s rooting app that you can easily root one touch by following the simple steps mentioned below.

The OT 992D is powered by Android version 4.0 Ice Cream Sandwich meaning that you will have the power of installing your favorite apps and games from a vast collection of apps under different categories from Play Store.

Alcatel has added a 1 GHz dual core processor and 512 MB RAM to make sure that this mid-range beast take care of the all the things you do on your smartphone with ease. The smartphone has a built-in memory of 4 GB with an SD card slot that supports up to hefty 32 GB. 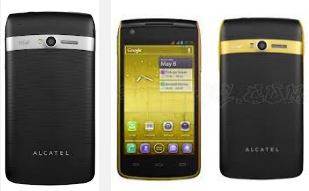 As mentioned earlier, the process of rooting an Android device with Framaroot app is simple and straightforward. Here is an outline of the steps that need to be followed when rooting the device. Any person who wants to root the OT 992D will only need to go through the following steps.

How To Root Alcatel One Touch ot-992d Using Framaroot

Confirm root access using a root checker app from the play store. Open the app, and tap on ‘Verify Root Status’ to find root access. Grant it permission when a pop-up shows up.

If you need any help regarding this, sure let us know via comments below. We’ll be try our best to help you out.