How To Root Gigabyte GSmart GS202 Without Computer (Guide)

GSmart GS202 users, who wish to root their devices running on Android 4.0 ICS, may follow our step-by-step guide. The root file called as Framaroot is shared by senior XDA developer, Alephzain. Head over to the development page to learn more about the root release.

As a rule of thumb, root your GSmart GS202 phone if you really need to. But never out of a mere curiosity. So assuming you know what you are doing, the following are some of the advantages that come with rooting your Android phone.

Running special Apps
More often than not, users root their phone in order to use app that would not run in unrooted phones. Take, for instance, Superuser app; this will allow you to take control of which apps can access the root system. Once you root your phone, you will be able to tether your PC to your Android phone. Enabling you to connect to the internet on your PC using the phone’s data connection.

Free up Memory
By rooting, you will be able to move installed apps to the SD Card, and thus free up the system memory for more app or files storage.

So, if you are are interested in rooting your Gigabyte GSmart GS202, we are here with an easy root tool-kit that can do the job very smoothly and safely. 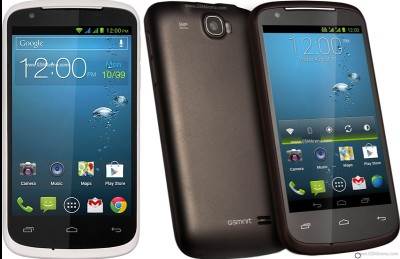 In order to check the root status of the Gigabyte GSmart GS202, download Root Checker app from Google Play Store. If the phone is rooted successfully, it should be indicated by ROOTED status in Root Checker. Also, the SuperUser app should be installed on the device.