Home / Realme / How To Screen Record On Realme C21y Smartphone

How To Screen Record On Realme C21y Smartphone

Making videos of device screen activities is now commonplace and many smartphones are equipped with screen recording features.

The screen recording feature allows users to make screen display videos, which is usually done by gamers to share gameplay or content creators on Youtube. Not only that, even for entertainment on social media.

Apart from using the built-in features, we can also record the screen with the help of third-party applications that are found on the Play Store. Sometimes this application has better capabilities compared to Realme’s default screen recording feature.

As we know, the Realme C21Y smartphone is equipped with the Realme UI R Edition operating system based on Android 11. This camera phone is quite good for the entry level class because it is equipped with dual sensors so that the images and videos produced can be said to be good.

Many users have asked, how to record screen on Realme C21Y phone? For more details, please follow the method below.

How to Screen Record Realme C21Y 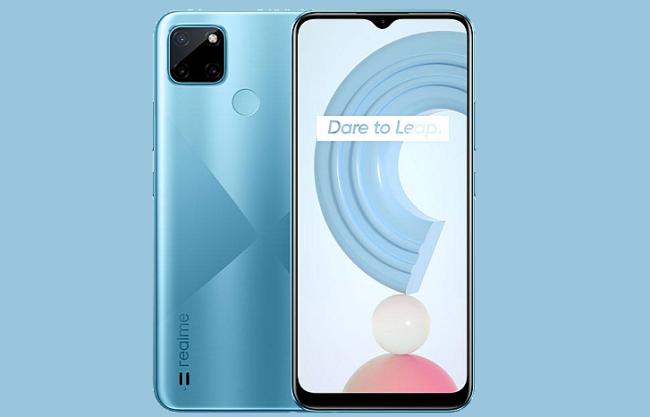 Screen Recording is an activity to record the screen of a device. This feature is very important right now because it can help to create tutorial or gameplay video content.

Every smartphone manufacturer including Realme has embedded this screen recorder feature for users to use in making videos. However, not all phones are equipped with this feature due to various considerations, especially those with low specifications.

After that please record the screen by opening the quick settings panel then tap the Screen recorder icon. Later the screen will be automatically recorded.

But this feature is not provided on my Realme C21y, indeed this Realme is stingy, unlike other brands where low end phones still get this feature.

In the Play Store, there are lots of cool Screen Recorder applications that are compatible with the Realme C21Y smartphone. And the applications below are even better than the Screen recorder feature on Realme phones.

We can install AZ Screen Recorder for free on the Google Play. This app allows users to record good quality Android phone screens and has a feature that allows audio capture during recording.

The resulting content can be exported directly to the phone’s gallery, although the app has a built-in gallery if needed. The app has a pretty good rating from its users, one of the highest ratings among apps in this category.

To record the screen using this application is also very easy, here’s how to record the Realme C21Y phone screen with the AZ Screen Recorder application.

The Screen Recorder app has a simple and intuitive interface. You can record unlimited videos, an important feature for those who make long tutorial videos or explanatory videos.

However, hope you can set the resolution according to your needs because the higher the video resolution, the larger the video results. It is a pity that this app cannot record audio in the free version. To enable premium features, you need to purchase it for about USD$1.00.

How to use the Screen recorder application is as easy as the one above. Just install this app on Play Store then run it and it’s ready to start screen recording.

Those are some ways to record the Realme C21Y phone screen that are easy to do and of course without the need for root access. We hope that what we share can be useful for all Android users.