Nexus 7 (2012) is one of the most popular and presumably the best tablet to be launched by Google. The technical specs consist of a 1.2 GHz Quad Core processor with an inbuilt 1 GB RAM. It also comes equipped with Android Jellybean operating system as well as many exciting features that make this phone an amazing handset. Users who have already updated their Nexus 7 2012 handsets to android 4.4.4 kitakt can now root their devices, which will allow them to install custom ROMs whenever they are available. 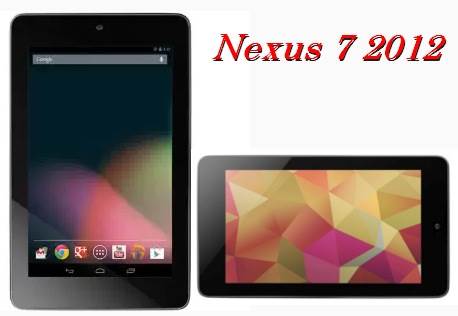 Rooting a device allows users to have complete access to the device’s hardware resources and push the limitations that come with the stock firmware. Users should note that rooting the Nexus 7 2012 on Android 4.4.4 KitKat will void the device’s warranty. But, users can reclaim the warranty by re-installing the official firmware update again.

To check if your tablet has been rooted, you can do so by using the Root Checker on your Nexus 7.