Home / Root / How To Root Kyocera Hydro XTRM Without Computer

How To Root Kyocera Hydro XTRM Without Computer 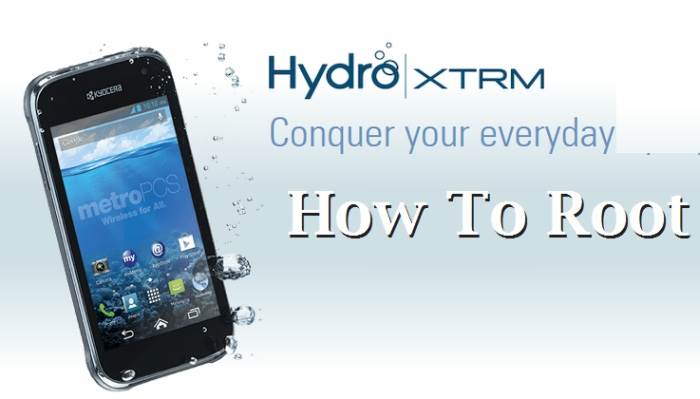 We have been testing the MetroPCS Kyocera Hydro XTRM C6522N, for a few weeks now and have managed to get ROOT access on the machine. Here is how to ROOT the Hydro XTRM.

The Kyocera Hydro XTRM features a 4-inch IPS technology display with a resolution of 800 x 480 pixels which is fine for viewing photos and reading. The XTRM is part of the Kyocera waterproof Hydro series smartphones and can be submerged in about 3 of water for 30 minutes.

The Hydro XTRM is powered by a 1.2 GHz dual-core Snapdragon processor with 1GB RAM. The 4GB ROM is expandable up to 32GB to store apps, music and photos taken with the 5-megapixel rear-facing camera. The Hydro XTRM comes with Android 4.1 Jelly Bean and features Google signature apps such as the Chrome browser, Google Maps with Navigation and YouTube.

Jellydroid will not be responsible for any kind of damage or mishap occurred to the Hydro XTRM during or after the rooting process with Framaroot. Rooting the Hydro XTRM will void the manufacturer’s warranty. Proceed at your own risk.

Follow this simple how to root Kyocera Hydro XTRM

To check that either you’ve successfully rooted the Hydro XTRM using the above rooting Framaroot Root method. Download and install Root Checker from Google Play Store.

Let us know of your thoughts on this, and rooting in general in the comments section below.