How To Root BLU Life Play

Root BLU Life Play – For all the users who own BLU Life Play Android smartphone can now easily root their device with the help of a simple guide which we will be checking out in the due course of this article. You can now root your quad core BLU Life Play with the framaroot app developed by alephzain.

BLU Life Play, aka BLU L100, is powered by a quad-core 1.2 GHz MediaTek processor paired with 1 GB of RAM and comes with dual-SIM support. Beyond that, the BLU Life Play packs a 4.7-inch display, 4 GB of onboard storage expandable via microSD slot, 8-megapixel rear camera and 2-megapixel user-facing camera. The phone also offers 4G connectivity with speed of up to 42 Mbps, Bluetooth 4.0, and Wi-Fi with hotspot capability. The handset runs Android 4.2 Jelly Bean.

You can install a custom ROM or Kernel after you root you device, which essentially means you get a new device software-wise. In fact, this is often the biggest reason for people to root their devices. Custom ROMs offer several performance fixes and tweaks to your system, and are typically more user-friendly than stock ones. They are optimized for battery and performance and update more frequently than stock ROMS do. 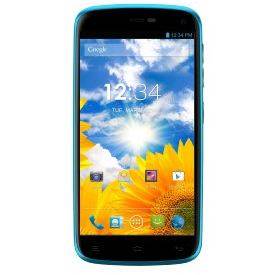 Before rooting BLU Life Play you must know: You will void the warranty once the device roots

I hope that you have managed to successfully root your BLU Life Play using the Framaroot tool. If you have any other questions, then you should ask for extra help in comments.