The Arc Mobile Memo is the very first phablet to be released by Arc Mobile. It’s generously powered by a 1.2 GHz Quad Core processor with 1 GB of RAM, a PowerVR X544 GPU, an expandable 4 GB of storage, and a 2,000 mAh battery for longer battery life. It is also running under Android 4.2 Jelly Bean which is the second to the latest Android version released by Google. 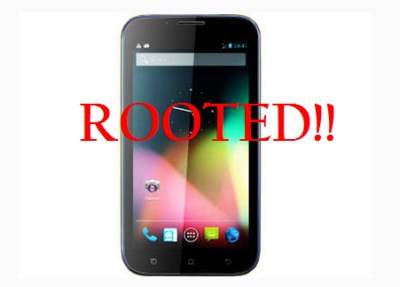 Fortunately, gaining root on Arc Mobile Memo is not too hard to do, thanks to alephzain for creating an awesome app called Framaroot. This phone is one of the dozens of Android devices which managed to get superuser access with the help of this one click root app.

With root access you can do some things that common user privileges are unable to achieve it, one of which is to backup apps and its data via Backup pro. In addition, you can also delete unwanted apps, it can helpful to reduce resource usage and could also improve battery life.

Check whether the SuperSU app has been installed or not or simply use Root Checker app to check root status. And in this way you can successfully rooted your Arc Mobile Memo phablet running 4.2 Jellybean, if you still have any queries just comment down in the section below.