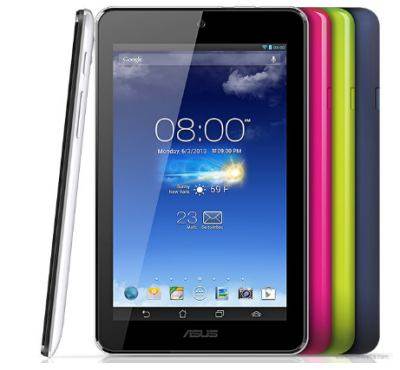 The Easiest Way To Root Asus Memo Pad HD7 Without A Computer. ASUS equips the MeMO Pad HD 7 with MediaTek MT8125 quad-core 1.2GHz processor and 1GB RAM and runs on Android 4.2.2 Jelly Bean OS and sports a few of its own customizations that we saw on the Fonepad such as the notification menu, SuperNote Lite and ASUS WebStorage Office.

The MeMO Pad HD 7 sports a 7-inch IPS display with a resolution of 1,280 x 800 pixels. This works out to a pixel density of 216ppi which is better or on-par with most 7-inch Android tablets. The MeMO Pad HD 7 comes with a 5-megapixel rear autofocus camera with no LED flash and a front-facing 1.2-megapixel camera.

Rooting Android – One of the biggest unique selling points about Android is the fact that it is so flexible and malleable. While Apple’s iOS is workable right off the packaging, it is also more closed in than the Android, which is why Google’s popular operating system has been such a hit among developers.

One of Android’s biggest strengths is that it’s an open source operating system, which means that anyone with programming talent can potentially tinker with the code and make it even better. With that in mind, we’ve complied this handy guide for gaining root access on what is arguably our favourite Android handset: the ASUS Memo Pad HD7.

The whole rooting process is simple and takes 3 to 5 minutes to root your new Asus Memo Pad HD7 Tablet.

Before following this rooting guide note that rooting voids the warranty of your device.

Check for the SuperSU app in device apps list to verify. Download and install Root Checker app to verify if root installation is successful.